I have a little accordion folder of random bits of conversation that I either think up or overhear in passing and file away for later.

For some reason I always think they’re going to come in handy. Like I’ll be writing a story and be stuck on finding the right bit of dialogue for two characters, but *BOOM* my magic little accordion folder comes to the rescue with the absolute perfect one-liner for the situation.

This has yet to happen.

So around once a year I go through the thing, remove all the torn bits of paper with their random scrawlings, read them, toss out all the “Why the fuck did I think this was funny?” entries, and return the rest to the folder.

You know, just in case.

“WTF. My ex Tony became a fan of “Not being set on fire” on Facebook. How stupid can you be?”

“No kidding. I would never put my weaknesses on display like that.”

“My IQ doesn’t know whether to go up or down right now.”

“Nah, I slept with her back in college.”

“Then what’s the problem?”

“Somebody get me a chair so I can fall off it.”

“You know, there’s a reason why the French hate you.”

“That’s a pretty stereotypical thing to say about Americans.”

“Not Americans, Bob. Just you.”

“For god’s sake stop. You sound like a chicken with Tourette’s.”

“I’m sure you’re an intelligent and honest man.”

“Thank you. If I weren’t under oath, I’d return the compliment.”

“Your Honour, I’d like my next remark stricken from the record.” 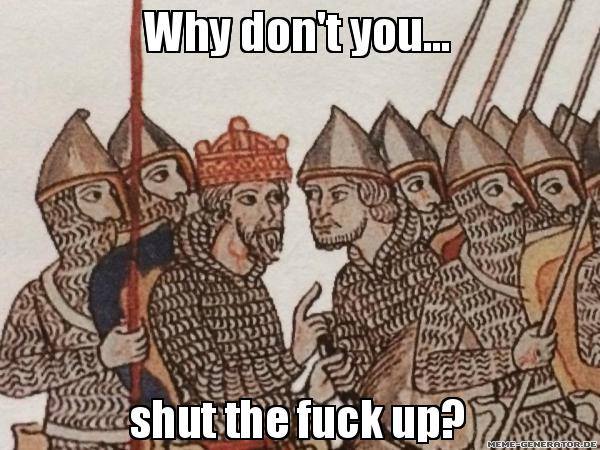