An alleged friend of Nutty Hubby’s and mine sent us a Christmas card that sheds micro glitter like a sparkly vampire with the world’s worst case of dandruff.

I don’t know what we did to her to deserve this kind of punishment or how we’ll be able to properly atone so it doesn’t happen again next holiday season, but what I do know is thanks to handling that most egregious travesty of holiday correspondence I will now be finding glitter on my desk and in my carpet and in my pores for approximately the next fifty years. Assuming I don’t die before then, in which case my cremation will make for one very festive urn of ashes indeed.

Last night, as I tried for the eleventh time to get a single stubborn fleck of the godforsaken stuff off the tip of my index finger (an emery board eventually did the trick) I found myself wondering who it was we had to thank for making the herpes of the craft world possible. So I typed my glittering way over to Wikipedia to find out.

“The first production of modern plastic glitter is credited to the American machinist Henry Ruschmann, who found a way to cut plastic or mylar sheets into glitter in 1934.” – Wikipedia1,2 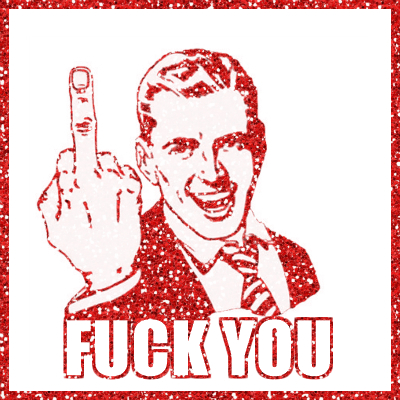 2 Yes, I know people were using other shit as glitter long before my new nemesis Henry, but sometimes you just need to hate someone with a name.

8 thoughts on “A plague on the Nut house.”