Well, the holidays are long gone, and with them any inclination I had of being all happy and grateful. In my calendar, gratitude departs with December. And then in strolls that colossal douchecanoe, January, patron saint of grouchiness and gripes, and the world goes back to its usual petty little self again.

Remember all those nice things I said about 2015? Fuck ’em.

Now is the winter of our discontent.

1. Cold toilet seats. It’s 7am on a frosty January morning and it’s still dark out. You don’t want to leave your bed and its safe cocoon of warm, comfy blankets, but you know you have to get up because of stupid work and responsibility. So you sigh, haul yourself to your feet, and tiptoe to the bathroom for a wee…only to have the toilet seat latch on to your ass with the icy power of a thousand Antarctic blizzards. Because mornings weren’t bad enough already without adding a frostbitten kiester into the bargain.

2. Stupid work and responsibility. While I would never under any circumstances want to go back and relive my childhood, sometimes being an adult just really sucks.

I wish I were kidding. There’s a certain air of quiet desperation that comes of having to patiently teach another company’s accounting department how to accurately demand money from you.

4. Taxes. The part where I have to pay them.

5. Migraines. By my calculations I have already spent approximately 1/6 of 2016 under the impression that someone is playing my skull like a drum. Only instead of drumsticks they’re using ice picks and hammers, because I guess they want to be more metal or something? Don’t look at me, I don’t know how these things work. 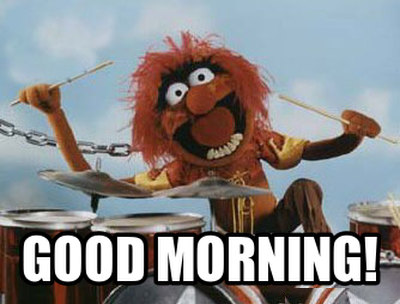 TL;DR: My head hurts. Probably because of taxes.

6. Cancer. That asshole of a disease that so recently robbed us of the tremendously talented David Bowie and Alan Rickman, among others, while dimwits like Justin Bieber and the collective Kardashians continue to walk the earth, wasting our air and leaving a toxic trail of self-satisfied selfie-spamming twatwafflery in their wake with every entitled step.

Not that I’m wishing cancer on Bieber or the Kardashians. Okay maybe I am a little bit. And maybe that makes me a terrible person. But come on, cancer! Kardashians are a dime a dozen, but we only had one Goblin King. Where is the justice? I ask you… 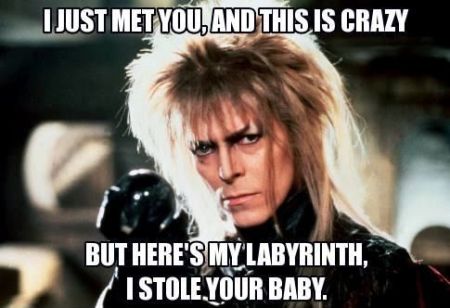 7. “Female problems.” I am so over owning a uterus. Can’t we just make the womb an optional in-app purchase already instead of it coming standard with the female body? There’s a good chance I’ll never even use mine for its intended purpose. Couldn’t I transfer it over to someone who needs one more than me?

And if you think those Powerball tickets were a waste of money, try a lifetime of buying tampons. At least the lottery offers you a chance, however slim, of getting something good back. What kind of victory do you get from frittering away your hard-earned cash on cotton crotch-stoppers? The satisfaction of having clean underwear? Well gee whiz, start the fuckin’ parade, I’m a winner! 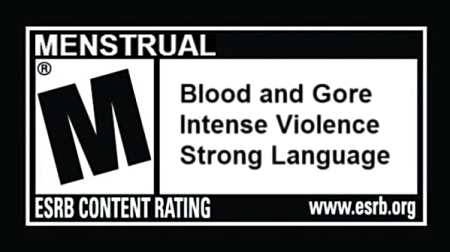 8. Post-nasal drip. The bane of my existence since age 15. I used to keep a bottle of oil of oregano with me everywhere to help keep this chronic clingy bastard at bay. Until one day the dropper cap came loose and everything in my purse became permanently infused with the concentrated aromatic power of a thousand Italian kitchens. Since then I’ve opted to leave the oil at home and just make really gross snorting and hacking noises whenever my own mucus threatens to choke me in public. Judging by the looks I get, I’m assuming it gives me a certain je ne sais quoi. Okay, maybe less je ne sais quoi and more what the fuck.

In conclusion, post-nasal drip can go fellate itself with a blender.

(I’m not posting an image for that. Just use your imagination.)

9. Calories. Oh hey, remember me? I’m all those Christmas cookies and mince pies and white chocolate Toblerones you devoured so passionately during your month of eating dangerously! Well, you seemed to really like me, and guess what? I like you too! So much that I’m never leaving you! I found some prime real estate available on your thighs, and by golly I just moved right on in. Hey, wait a minute, why are you renewing your gym membership…? 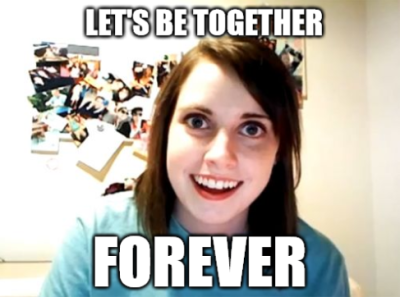 10. Our friendly neighborhood poop bandits. Picture it, Vancouver, 2016. The future of Back to the Future Part II is now the past. We have hoverboards – sort of – and a lovable new Star Wars droid. And yet there are still people who don’t understand that picking up after your dog doesn’t just involve the bagging of your pooch’s poop, but also the removal of it from the scene of the crime. Everywhere I go, I find abandoned shitsacks. What the fuck, poop bandits, what the fuck?

A walk to the gym earlier this week took me past no fewer than three lawns decorated with neatly knotted plastic bags of still-steaming crap nuggets, and I just don’t get the logic. You’ve already done the gross bit of the actual picking up; what exactly is so difficult about toting your little doggie bag another block or two until you find a trash can to chuck it in? The part where you have to be a decent human being, I guess.

11. Idiot gymgoers. So you made a resolution to work out at least twice this year. Good for you. I applaud your determination, I really do.

But if you have no earthly idea of how to get your feet wet in the wide world of workouts, ASK SOMEONE FOR HELP. If not for your sake, then for the staff’s; the poor unfortunate souls who’ll have to clean up after you accidentally decapitate yourself trying to do lat pulldowns with your neck. Be honest with yourself: do your push-ups look a little like you’re trying to do The Worm? Did you almost take off a finger trying to adjust the seat on the recumbent bike? Maybe you should take the gym up on that New Year’s deal they’re having on personal training sessions.

Remember: no matter how tan and ripped you are, trying to operate the rowing machine with your feet impresses no one.

12. Idiot drivers. So you don’t understand how black ice works. Why are all these cars around you approaching stop signs extra slowly? Solution: Take corners just as fast as you normally would, silly! What could possibly go wrong?

13. Asshole drivers. So you don’t understand how roundabouts work. Okay, you do, you just don’t care, because you clearly have more important places to be than the rest of these yahoos on the road! Solution: Assume the right of way and cut everyone off while honking and dropping f-bombs out the window. Everybody wins!

14. Strangers patronizingly telling you to smile. I’m sorry my resting bitch face doesn’t help you meet your forced cheerfulness quota for the day, but that’s your problem, not mine.

16. When literally all the avocados at the grocery store are underripe. You know, as much as everything else on this list blows, I think this might be the worst one. There’s just nothing more depressing than an unripe avocado.

So. How’s your January going?