It’s been a long week for me. I’ve had this alliteratively sneaking suspicion that someone’s been slipping me sleeping pills on the sly, except in reality my thyroid’s just an inconsiderate douchecanoe and the pills I actually am taking to remedy the situation are taking their sweet-ass time to kick in. I’m tired, and I’m achy, and I’m cranky.

So in the spirit of crankiness, I’m just going to take some time to bitch about one of my pet peeves.

Learn to fucking look around you, people.

And watch this show, because it’s awesome.

I know, I know. Observation is hard. And tedious. I mean, how can the real world compete with the retina display on your iPhone? No contest.

“Goddammit, Dave, I don’t care that there’s a fucking bald eagle on our lawn, a lonely brown cow just wandered into my Farmville and SHE NEEDS MY HELP!”

But just give it a try sometime. Pick your head up, and give your surroundings a once-over. There’s a whole lot of world out there. There’s a whole a lot of people wandering around all that world. Pay a little attention to where you are, here and now. There’s pleasure to be had in the small details of daily life.

Also, a little observation can do wonders to keep you from looking like a total twat.

So there’s this little place in the Granville Island Public Market called Fraser Valley Juice & Salad. I have been a customer there for literally half my life, and I love them because they’re one of the only places around that I can find fresh, good quality Vietnamese salad rolls. 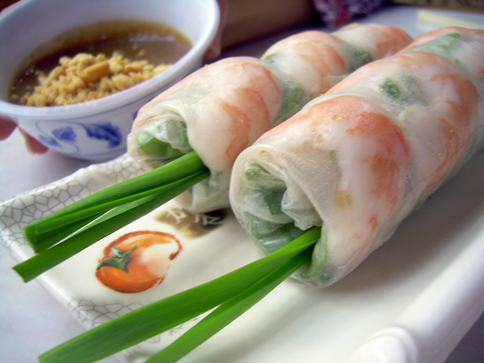 You’ll have to excuse me for a moment, I just drooled all over the keyboard.

When I’m feeling like I need a treat, I head down there on my way home from work and pick up a couple of these delectable creations to take home with me and savor. They are my ultimate guilt-free comfort food.

The problem with Granville Island, though, is that it’s Pedestrian Town. Pretty much every road on the island is a one-way, one-lane jaywalking paradise, and I usually avoid driving around there if I can help it. But if I don’t have time to walk there, I’ll suck it up and drive anyway, just for those salad rolls.

And yesterday was definitely a suck-it-up-for-the-salad-roll day.

Upon making my way through the maze of the island to the vicinity of the market, I encountered my first obstacle: A gaggle of millennials wandering in a haphazard formation, in the middle of the road, looking everywhere EXCEPT the direction that any potential cars (i.e. me) would be coming from. Resisting the urge to honk, I sat there waiting them out and muttering insults under my breath until finally one girl turned and saw me and was kind enough to shoo everyone else off the road so I could get through and find myself a parking spot.

Parking achieved, I strode into the market and made a beeline for my salad roll sanctuary. Upon my arrival, I lined up to the left of the group of people currently paying at the register, and waited for my turn to be served. Key words: to the left. Not only is this common sense, as standing to the right of the register puts you directly in the way of half the people trying to move through the market, but also there’s a big sign over the register that says, “PLEASE FOR THE LOVE OF GOD LINE UP TO THE MOTHERFUCKING LEFT!!!” Or, y’know, words to that effect. I prefer my phrasing, but that’s probably why I’m not in customer service anymore.

“Can I help who’s next?” the pretty girl at the counter sang out, looking over at me.

“Oh, I think we were next,” came the answering call of a Tweedledee from the right side of the register, singing its own song in the key of entitlement, as a huffy-looking middle-aged woman – clearly the origin of the voice – and (presumably) her daughter peeled themselves away from the other two people at the till and eyed me, hands on hips, sizing up the competition.

I had assumed, seeing as they were scrunched up against the couple at the register like skinny jeans clinging to a hipster’s balls, that they were all together. Nope. Turned out that only two of the people at the till were actually there to pay, and two of them were just there to be assholes.

Pretty Counter Girl looked uncomfortable as she addressed Tweedledee and Tweedledaughter. “Um, we usually ask customers to line up over there, where she is,” she ventured, indicating me.

“Oh, we didn’t realize,” Tweedledee said in a tone too smug to be sincere. “But we were here first, I think.”

And with that, she and Tweedledaughter looked back over at me in an obviously practiced display of synchronization, daring me to challenge them. No apologies. No pretense of courtesy, no “That’s our bad, but would you mind terribly if we still went first?” Just two pairs of disdainful eyes, watching me with contempt.

I returned their stare with my best “Please proceed, Governor” impression.

That one. Right there.

And then I sat back and waited for the Asshole Variety Show to start.

Tweedledee began the set by asking approximately twenty billion questions which could have been answered simply by looking at the menu.

“Do you have any vegetarian salad rolls?”

Nope. Definitely no vegetarian rolls sitting there RIGHT IN FRONT OF YOU, or listed on the menu that you would have seen if you lined up where you were supposed to.

That doesn’t sound very vegetarian. Did you ask about the vegetable ones just for shits and gigs, or are you one of those “vegetarians” who thinks seafood doesn’t count?

“Will that be everything?” Pretty Counter Girl asked hopefully, flashing me an apologetic look.

“Oh heavens no,” replied Tweedledee, carefully not looking at me. “We’ll be getting loads of salads as well.”

Lovely. And I’ll bet you’re just brimming with questions about those too, aren’t you?

“Is that tabbouleh?” she asked, pointing to a dish that was 99% red quinoa and had never seen a mint leaf or a tomato a day in its life.

Yeah, you know, that RED bean salad, right there, in writing? On that menu I keep mentioning?

I reject your reality and substitute my own.

“OH!” Tweedledee exclaimed suddenly, and we all looked at her, startled. “I just noticed your sign about where to line up!” And she laughed like it was the funniest thing in the world. “I didn’t see that at all until now! Did you?” she asked, turning to her daughter.

And Tweedlecunt, apparently giving zero fucks, shrugged and replied, “Yeah, I saw it, but there was no one else here.”

AW HELL NO, YOU DID NOT JUST SAY WHAT I THINK YOU SAID…

Tweedlecunt will never know how close she came to death, because just then, Tiny Counter Lady, who had been running around restocking things at light speed, averted disaster by finishing up and hurrying over to take my order. As I was fully prepared, unlike the Tweedles, my order took approximately thirty seconds to fulfill. Tweedledee was still ordering more salads and marveling over the miraculous revealment of the sign over the register as Tiny Counter Lady began ringing me up.

Victory was mine! Despite Tweedledee’s best defense tactics, I would still be the first to leave the battlefield with my spoils!

That is, if she would friggin’ give me enough room to pay. She was still hogging the goddamn register, blocking the entire till with her body, with her massive black leather purse all but sitting directly on top of the credit card terminal.

“EXCUSE ME,” I stated with all the restraint I could muster, with a pointed glance at her hulking sack ‘o plenty. Looking directly at me for the first time since the pre-show staredown, Tweedledee sat there for a moment and weighed her options before reluctantly moving her bag aside and muttering a curt, “Oh, sorry,” giving me just enough room to squeeze in and complete my transaction on the PIN pad.

I gave Tiny Counter Lady and Pretty Counter Girl a big smile, turned my back on Tweedledee and her horrible daughter, and breezed back out to my car on the wings of angels.

Because I wasn’t off the island yet. And Granville Island isn’t just Pedestrian Town, it’s also the site of the goddamn Parking Hunger Games. At certain times of the day, nabbing yourself a space is the vehicular equivalent of a shark feeding frenzy.

As I began backing out of my parking space, a keen-eyed Tweedledum driver spotted me leaving, and excitedly headed over to snap the spot up. Which would have been perfectly acceptable, had he not done so by heading the wrong way down a one-way street, leaving me absolutely nowhere to go.

Yet again, THERE ARE SIGNS FOR THIS SHIT.

Tweedledum, a great space spotter but poor sign reader, didn’t seem to understand the problem until I did some strategic hand waving, at which point he DROVE ONTO A PEDESTRIAN PLAZA to make way for me to leave.

I just…  I mean, I don’t even…   dear Darwin, HOW do some of these people make it through the day?

And I had almost made it off the island, when a blonde pony-tailed Tweedledumber tailgating me in a little white convertible honked at me for stopping at a marked crosswalk that had people in it. Apparently not running pedestrians over is a beepable offense in the Democratic Republic of Ditzes. 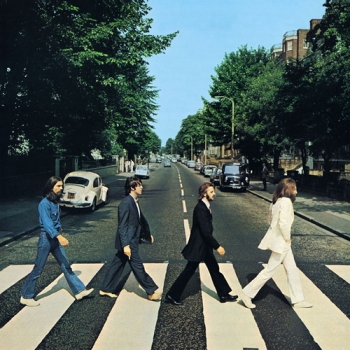 I don’t care who you are or how big a hurry you’re in, I am not running over the fucking Beatles for you.

Look people, you’re more than welcome to be just as ignorant as you please on your own time. But once other people are involved, how about exercising some a) common courtesy, b) common sense, and c) common literacy skills. You will save everyone some time, and you won’t look like a dick.

And if that’s too hard, then you’d better hope it’s one of my salad roll days, because those delicious motherfuckers are the only reason I will put up with your bullshit.

10 thoughts on “Observing the common idiot in its natural habitat.”